In the Southern Vosges Mountains..

Fougerolles lies in the heart of the Southern Vosges Mountains on the boundary between the départements of Haute-Saône and Vosges. With a population of 4,000, the village is surrounded by rolling countryside combining woodland, valleys, hills and meadow orchards.
Cherries grow exceptionally well here and as such have become symbolically linked to the village.
These aren’t just any cherries though - they are gean cherries!

Around thirty varieties of gean-type cherries exist. They are all very sweet, juicy and fragrant with quite large stones.
They may be black or red. The only drawback is that they keep very poorly. The best way to enjoy them is straight from the tree!

Gean cherries are used to make kirsch and Guignolet-Kirsch, a typical Fougerolles aperitif made with cherries and kirsch.

Cherries are harvested from mid-June to early or mid-July. Around 90% of the crop is harvested mechanically. The remaining 10% is hand-picked using a basket known as a charmotte and a stepladder known as a pied-de-chèvre (or goat's leg), both traditional Fougerolles tools that are still widely used for hand-picking cherries.

While Fougerolles residents use cherries in everything from pies, jams and syrups to doughnuts, the fruit is most notably distilled to produce the famous Kirsch de Fougerolles. 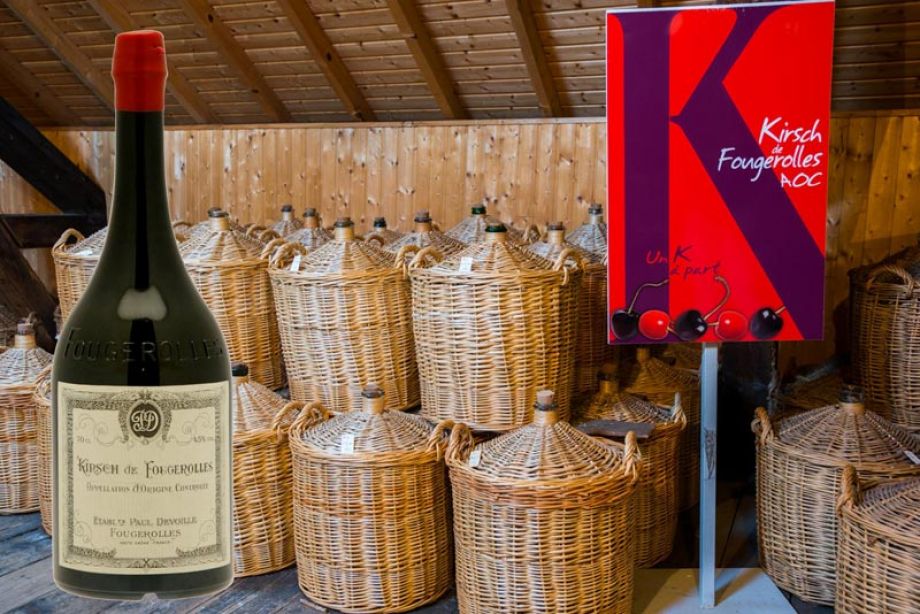 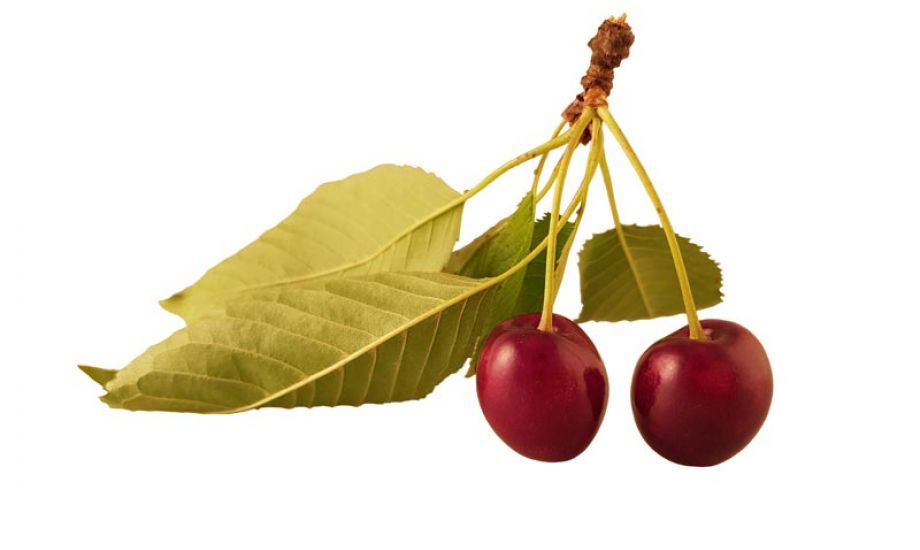 In May 2010, Kirsch de Fougerolles was granted Protected Designation of Origin status (AOC). It is only the fourth eau-de-vie in France to receive this prized designation, which vouches for the cherries’ origin and the rigorous methods used in production. The result is a traditional after-dinner liqueur with an authentically local flavour.

Fougerolles and its 10 surrounding villages are all included in the area covered by the Kirsch de Fougerolles AOC protected designation. Around 10,000 cherry trees grow here. In early April of each year, the cherry trees blossom, immersing Fougerolles in a sea of white flowers. This is a fleeting yet exquisite sight!

Every year, approximately 250 tonnes of cherries are produced, enough for 17,500 litres of kirsch. Around 80 cherry growers, 18 grower-distillers, and 2 distilleries operate in the AOC area.

Fougerolles has also been awarded Site Remarquable du Goût accreditation, which has boosted the reputation of its many cherry-based specialities.

In December 2018, “Fougerolles cherry growing” and “distillation of Kirsch de Fougerolles” were given the status of intangible cultural heritage of France.

Cherries drove significant growth in the Fougerolles distillation industry in the late nineteenth century, but that's not the whole story! What is less widely known is that absinthe also made a major contribution to the town's meteoric rise.

At the time, Fougerolles had a number of distilleries specialising in the distillation of cherries and other stone fruit. The village experienced considerable growth with distilleries and related industries (cooperage, demijohn manufacturing, etc.) in the ascendency. Moreover, the railway gave Fougerolles access to the whole of France.

The problem was that some people were opposed to absinthe. They claimed that it drove people mad and secured its prohibition in 1915.

While this was happening, absinthe had rapidly become very popular. Once the preserve of the Paris artistic elite, the green fairy was now accessible to all. Such was its popularity that even women began drinking it in cafés, which was unheard of at the time! 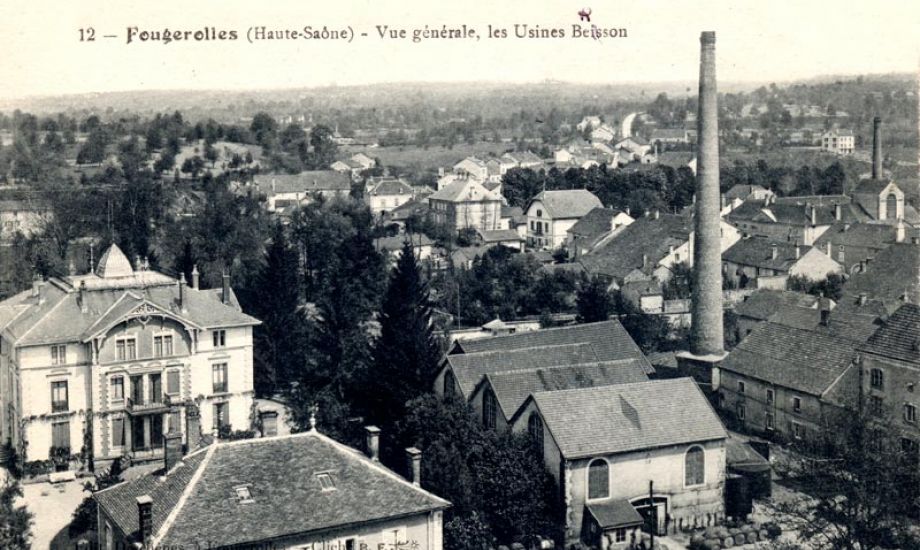 In the late 1980s, the EU relaxed its stance, authorising “wormwood-based spirits” once again. In 2011, the prohibition act of 1915 was finally repealed. Absinthe was back.

We at the Distillerie Paul Devoille started work on our Libertine® absinthe in 2000 and launched it commercially in 2001. We are now one of the leading producers of absinthe in France, producing around fifteen different varieties.

In mainland France only.

You must be of the legal age required to visit this website, as stipulated by the laws on alcohol in your country of residence.

Leave this website.
Alcohol can be dangerous to your health, please consume with care.
Entschuldigung